Now that I have grabbed everyone’s attention with great herds of wildebeest and innumerable sightings of big cat, let me tell you what really impressed me about the Mara this winter.

There are a few large plains, set in long wide valleys or on high plateaus on the Mara. There are hills they call mountains in the distance that form the edge of an escarpment. There are no steep slopes on the Mara, for they really are part of the endless plains. There were some areas, especially in the adjoining conservancies that were overgrazed, but equally so, in the reserve after a million wildebeest had moved through, there were also areas that were flattened. Over the last few years the park manager has controversially allowed the Masai to graze their cattle in the reserve overnight because of the recent droughts. Many times the cattle remain with the good pastures into the day and tourist view, and nasty letters get written to the East African Wildlife magazine. 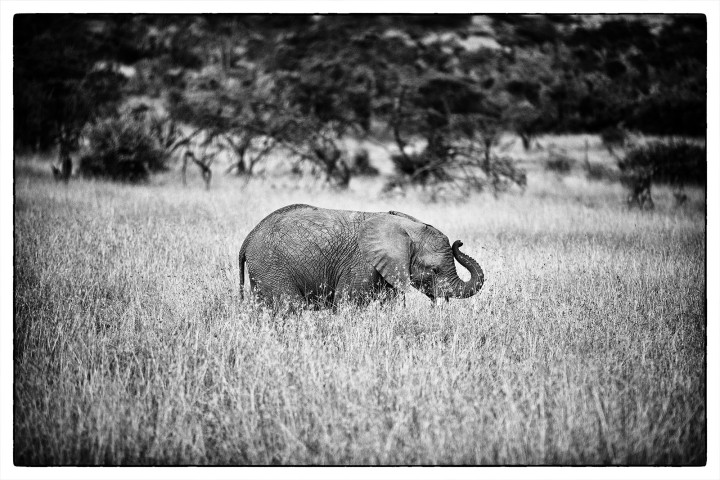 There are huge stands of Redgrass, triangular inflorescences amassed to form a thick smudge just above the horizon. When you lie down low and look through the grass the world changes. The great expanse closes and yet remains open. There is movement and texture palpable, and as you touch it, it seems to roll away like a ripple in a quiet pool of water. Sometimes it seems as if you are looking through a rice paper wall, with the sun casting shadows of animals in the soft light as it rises or sets.

Other areas are covered in taller thatching grass. This makes perfect cover for predators to stalk their prey. We watched a cheetah edge into this tall grass and break out twice to try killing a young wildebeest. The first time the mother of the wildebeest chased her off, and the second time the cheetah was tired and missed completely.

We lay under the car in short grass near vultures on a kill. Their unfeathered necks curved lazily with the grass, their bodies and wings hidden by the weave of khaki. When they flew out of the grass into the clear blue sky they entered another world. 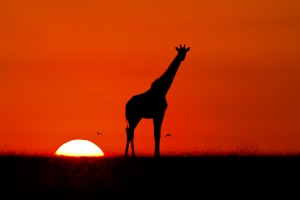 We spent a morning watching the sunrise. Come to think of it, we spent every morning watching the sun rise. It was a good way to start the day. We had been trying very hard for a few days to capture silhouettes of animals in the soft golden light. After a few days we found a large plain sloping slightly into the rising sun and spent an hour running parallel to a stretch of giraffes moving along the horizon. The grass stretch from us to the edge of the world, changing as the sun rose and lit up every stalk and inflorescence. It is easy to see why a picture is worth a thousand words:

3 thoughts on “My Travels: The Grass of the Mara”